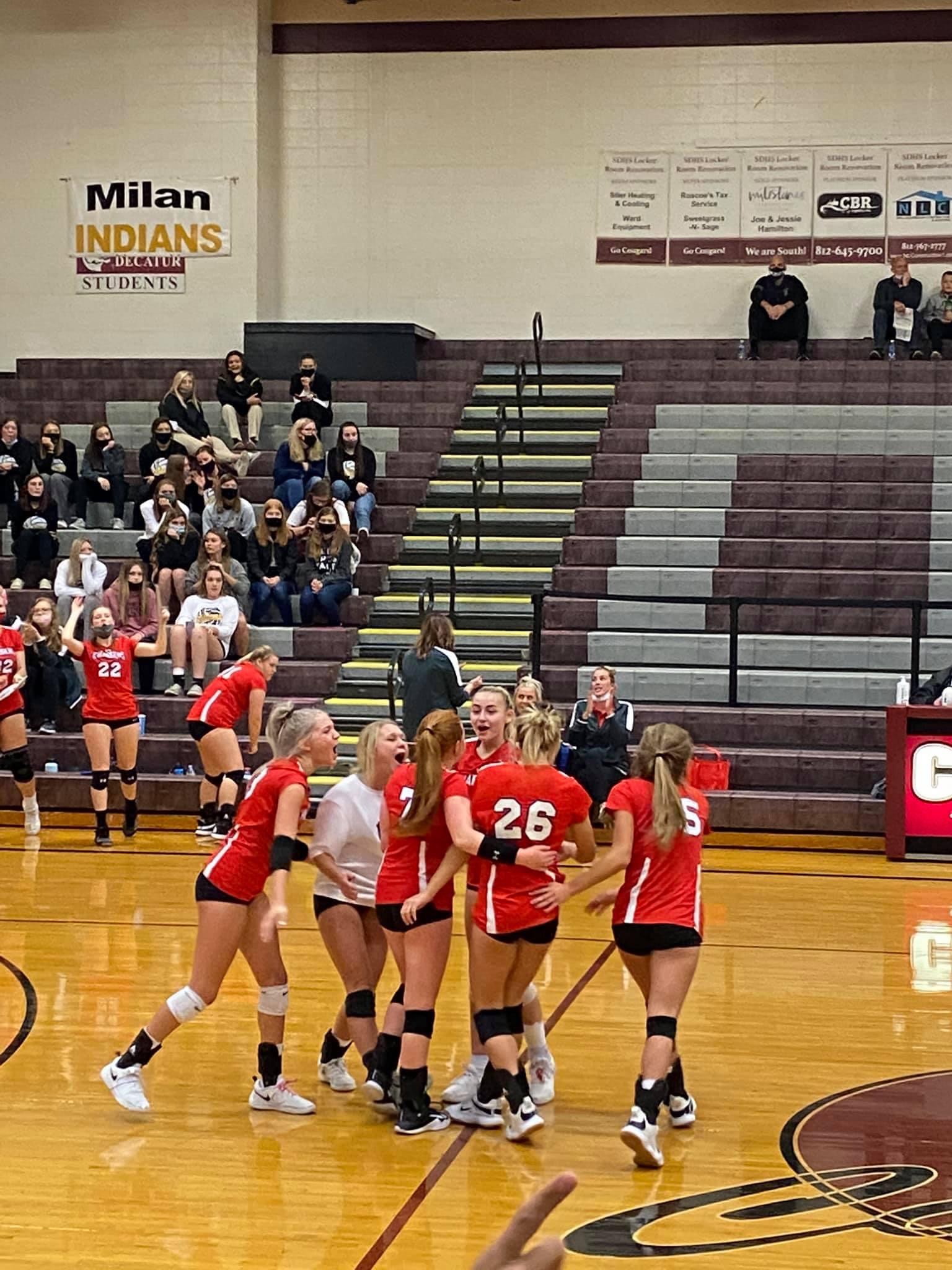 North took on the South Ripley Raiders this morning at 11:00 am in the semi-final game of Sectional play. The Chargers dropped set 1 after a very slow start but were able to gain momentum towards the end and carried that into sets 2, 3 & 4! The girls showed a lot of mental toughness by not taking themselves out of the game after such a slow start. This was great to see from a coaching perspective. It truly was a battle and once again, our energy and intensity carried us through to the end. Our hustle was also key factor! The Lady Chargers will take on the Cougars tonight, at 7:00 pm, for the Championship! Come out and support ND!
Caroline Stapp had a great all-around game with 23 digs and 16 kills.
Sami Luttel added 33 assists, 13 digs and 4 aces.
Madelyn Bohman added 3 solo blocks, 13 aces and 11 kills. Jenna Geis had 8 kills and 2 solo blocks.
Brittany Krieger showed a lot of heart on the court with her hustle and added 11 digs. Haley Gorrell 8 digs and 9 kills, Lainey Crites 6 digs and 3 aces, Abby Hartman 2 kills.