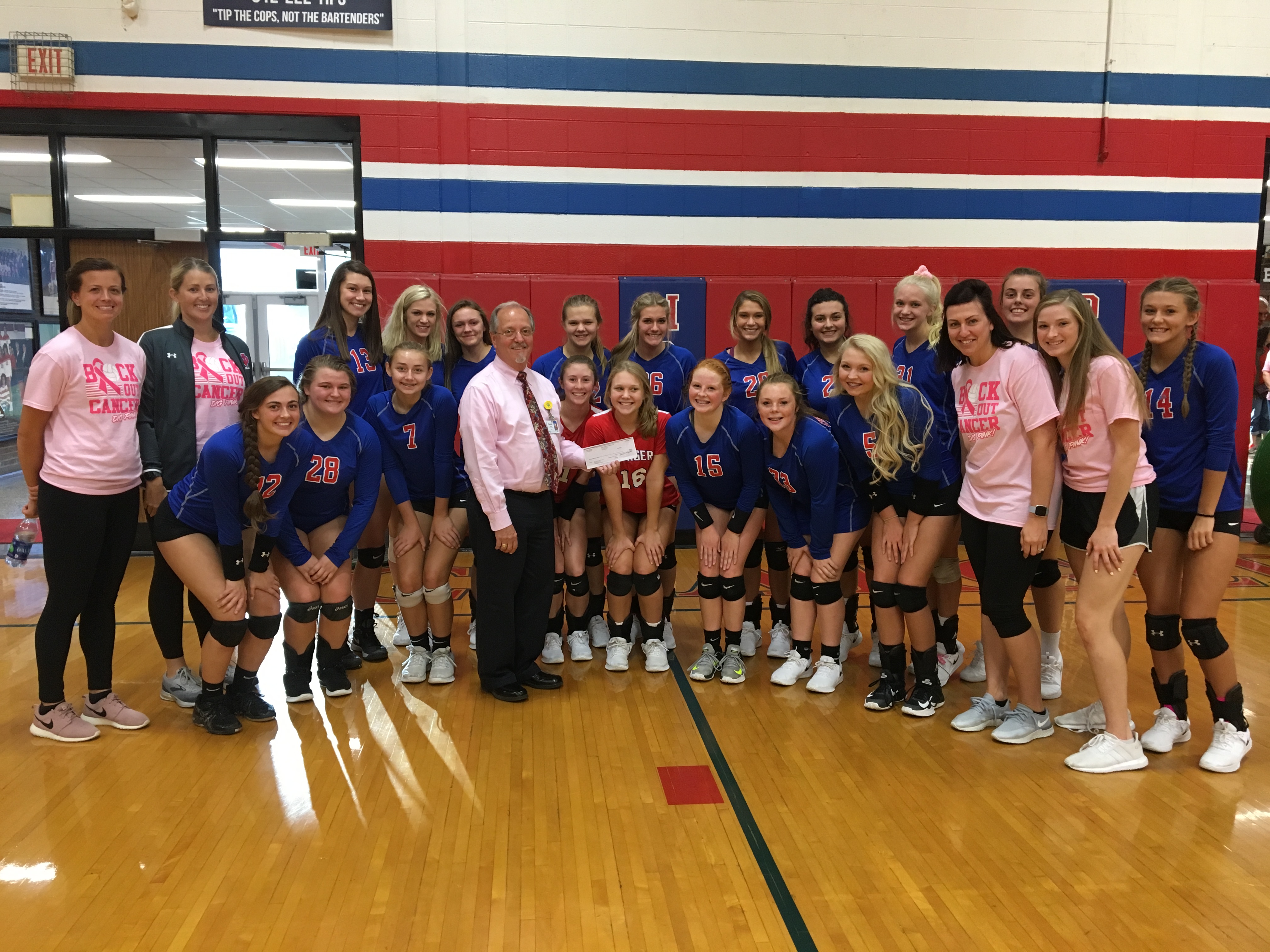 What a great night it was at North Decatur! The Volleyball team was able to raise $200 to donate towards DCMH Breast Cancer Foundation. In addition, the Chargers honored the 5 Seniors who have all played significant roles in the success of the program! I am so proud of these girls! It has been such a joy to see them grow as both athletes and young women! This group of seniors was the first group I ever coached as 8th graders! They were talented then and I knew they were going to accomplish so much over the next four years! Best of luck to you girls!

The last game of the regular season is tomorrow night at Triton Central.